Five Good Things: what to do, watch, buy and book this January

Still need a new year’s resolution? Make it your aim to jolly up January by ticking off our must-dos and must-haves. How hard can it be when there’s so much to enjoy? 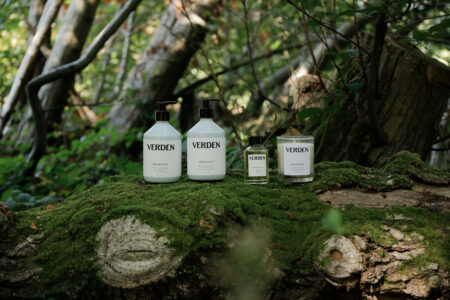 Craft is often seen as something serious. A bit worthy. Esoteric and, quite often, unaffordable. No longer, say the founders of Felt Collections, Tintin Macdonald and Francesca Wilson, whose mission is to bring joyful original or limited-edition pieces into people’s homes. Last year, they hosted their first shoppable show, ‘Collection 01’, featuring Almanac favourites Eliza Hopewell and Theodore Vass among others. The advent of 2022 sees Felt’s calendar filling up – as yours should duly too. First up is a workshop led by Lucy Strawson, whose quietly coloured quilted creations were on display in Felt’s first show. During the course, running 29-30 January in Peckham, south-east London, you’ll learn all about the art and history of quilt-making, before using naturally dyed materials to create a small one for yourself. Bringing scraps of fabric to sustainably reuse is highly encouraged. Visit Felt Collections for details.

Photographer Bruce Weber has snapped for Vogue and Vanity Fair, Calvin Klein and Ralph Lauren. He’s celebrated across the world for his portraits of stars and supermodels. The subjects of his latest book are no less sleek or strong. Glossy of hair and twinkly of eye, they’re adored across the world. They are… golden retrievers. The Golden Retriever Photographic Society, published by Taschen, is a run-through of Weber’s best shots of his four-legged friends: draped around the shoulders with Adonis doppelgangers, sitting on deckchairs, trussed up Moncler raincoats, pink tongues lolling.

“Has fashion gone to the dogs?” we hear you cry. Absolutely not. A collaborative effort between the photographer and humanitarian (and chimpanzee specialist) Jane Goodall and designer Dimitri Levas, this beautiful book pays homage to the connection between man and pet ­– and the creativity it can inspire. It’s well worth cooing over. Visit Taschen for details.

With the news January’s London Art Fair has sadly been postponed until April, we’ve been on the hunt for something of comparable cultural calibre to add to your calendars. Look no further than The Decorative Antiques & Textiles Fair, which runs 25-30 January in London’s Battersea Park. The destination for deco heads and antique fanciers, shoppers of every style and strain will find something to lust over at this brilliant bonanza of all things collectable, on offer from more than 150 exhibitors. Expect the rare, the wacky and the wonderful. Trot over to Martin D. Johnson for equestrian prints, stop by M. Charpentier’s stand and admire the funghi ephemera (you won’t even need much room for those framed mushrooms), or take a twirl through Mason Taylor’s toiles. Delights for all. Visit the fair’s website for details.

There’s no better excuse for a bath, in Inigo’s opinion, than a dark January evening. And there’s surely no better bath than one perfumed with something delicious. A drop of oil, perhaps, scented with fresh herbal notes? Look no further than Verden, a new brand of fragrances for the bath, body and home that launched late last year. As well as divine oils, there are body balms and washes, and candles too, so don’t despair if you’ve no tub in which to soak. Verden’s name translates from Danish to mean ‘the earth’ or ‘the world’ – the inspiration behind its three scents: think citrus and blossom, herbs and grasses, or wood and smoke. Each will lift the spirits and help banish the winter blues. Visit Verden for details.

Last Chance… to catch ‘Hokusai: The Great Picture Book of Everything’ at the British Museum, an exhibition of works by the great Japanese artist who died in 1849. Hear his name and chances are most will picture the same thing: The Great Wave that swept the world. It’s been printed on everything from keyrings to sweatshirts, becoming a symbol of Japan itself in blue and frothing foam. Yet there’s no blue in this show. There’s no Mount Fuji red or cherry-blossom pink either. Instead – boldly, brilliantly – the British Museum’s show, is in black and white.

On display is a set of 103 previously unpublished drawings that only came to light in 2019. Hokusai made them in the 1820s to illustrate an encyclopaedia of ‘everything’ that never came to fruition. There are birds and cats, landscapes, flowers and monsters – highly stylised yet somehow pedagogic, and quite unlike anything in the Western canon. Come to this show hoping for a tsunami of big hitters and you’ll be disappointed. Instead, marvel in an exhibition that seeks to redefine an artist who, until now, has been reduced to little more than a wave on a keyring. ‘Hokusai: The Great Picture Book of Everything’ is on display until 30 January. Visit The British Museum’s website for details.