Unsurprisingly, many of the exquisite homes listed with Inigo in 2021 captured your hearts. But which were your top ten? 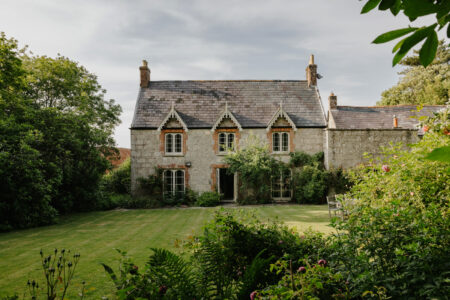 Call us biased, but at Inigo, we happen to think the listings that have come across our desks in 2021 have been nothing short of brilliant. And while we naturally have a bit of thing for historic homes, it’s been lovely to see how many Almanac readers share our sensibilities. With that in mind, we’ve collated the ten houses and apartments that you, our readers, loved the most, from a romantic red-brick beauty in Lincolnshire to a striking shopfront apartment in Spitalfields. And while you’re at it, why not take a look at the most inspirational interiors we discovered too?

The Old Manor, currently on the market with us, ticks so many of Inigo’s boxes. It’s in Somerset, for starters, on the edge of the Mendip hills and less than half an hour from of-the-moment towns Bruton and Frome. But the real cultural highlight is infinitely closer to home, sequestered inside the Old Manor’s thick 15th-century walls: the house’s vaulted ceilings are extraordinary and its carved stone fireplaces are magnificent. It’s thought such grandeur was instated for the house’s first supposed owner, the treasurer of nearby Wells Cathedral. Pevsner thought the place good enough to mention in his architectural guide to the area and, having had a snoop, we’re not surprised.

Those of you that have read our roundup of inspirational interiors will recognise this house as being that of Cassandra Ellis, who used her expert knowledge of colour (she runs independent paint company Atelier Ellis) to transform an old building in the charming town of Lewes into a house that makes sense for modern life. Situated on a no-through road just outside the town’s Medieval walls, Well House is a remarkably peaceful place, thought to have been built in around 1640 using red brick, timber frames and stones taken from the ruins of Lewes Monastery. When Cassandra bought it, the house needed a lot of love, which she duly gave in the form of replastered walls, a whole new roof and an insulation overhaul. Decoratively, her touch was light but effective, using paint in natural shades so as not to detract from the house’s ancient aura. We approve.

We liked this place so much we made it our Inspiration of the Week not long ago. Comprising a residential apartment and the shopfront below, Brushfield Street presents a spectacular opportunity to live and work in the middle of Spitalfields Market – and it’s the first time it’s been up for sale in more than two decades. Seeing the building largely unfurnished is, we think, an added bonus. This simple interior sits on just the right side of spartan, perfectly pared back in a way that brings the house’s historic details, including its beautiful bare floorboards, to the fore. Downstairs, meanwhile, the former shopfront – still emblazoned with a Victorian milliner’s signage – brings more personality than you could ever get off the peg. A serene haven in the heart of the teeming city, Brushfield Street brings new meaning to the words ‘retail therapy’.

Forget about seeing the sea, from Belgrave Place you can almost smell it: the Channel is little more than spitting distance from the first-floor balcony of this apartment, which was built in c1846 by Thomas Cubitt, the architect responsible for London’s Eaton Square. While the footprint here is perhaps a little less grand than some of those Chelsea townhouses, the proportions of this remarkable Regency apartment, which stretches across two floors, are similarly superb: soaring ceilings, huge French doors and sash windows, gorgeous rooms on a grand scale – all a reminder that life’s a beach down Brighton way.

Close your eyes and picture a doll’s house. Actually, scratch that. Why don’t you just flick through our gorgeous pictures of Cressy Hall, the Lincolnshire country pile we sold last year? It doesn’t get more chocolate-box than this Grade II*-listed red-brick dwelling ­– the very picture of Georgian elegance, in all its perfect symmetry. Taking in its lush environs – all nine acres of them – as well as its sympathetically decorated interiors, we’re hard pushed to say what its best bit is. Is it the topiary or the marvellous moulding? The sweeping stairwell or the kitchen, its old stone ovens a reminder of times past. Everywhere, fine details abound, from elegant fan lights to pretty pelmets, making it very hard indeed to decide on our favourite. One thing we do know, however: it’s a beauty.

As regular readers of the Almanac of course know, the story of Bath is a fascinating one ­– and the shaping of this spectacular city in the south-west is largely down to a few, considerably influential, key figures. Among them is John Pinch the Elder, the architect who, in the 18th-century, made his name building Bath as we recognise it today. Among the designs he worked on was one for Sion Hill Place, a terrace to the north of the city centre generally considered Pinch the Elder’s finest residential work. It’s also the site of this prepossessing five-bedroom townhouse, recently sold by Inigo. While we could wax lyrical on its merits as a masterclass in vernacular Georgian architecture in an urban domestic setting (try saying that ten times), instead we invite you to take a look at the pictures: breathe in that height, marvel in the detail of that plasterwork ­– and make sure you keep in touch with us so you don’t miss another like it.

A jewel in Wiltshire’s crown, Shaw is a nine-bedroom neoclassical wonder in handsome ashlar stone. Built in 1711 for a well-to-do wool merchant, the house is nothing if not assertive – and, with its striking interiors, it’s as proud statement of style today as it ever was. While its grand Georgian bones have been beautifully preserved, it’s the touches of today that really make this house so sumptuous. The last word in luxury, every room’s décor has been meticulously designed, decked out with top-notch textiles and filled with exquisite furniture. We’re particularly taken with the morning room, with its glass garden-facing doors…

As a purveyor of historic homes, Inigo has the privilege of hearing all manner of fascinating tales when it comes to buildings. That said, we were particularly absorbed by that of West View, an apartment in a notable house in Greenwich, south-east London, currently on the market with us. In its 300-year history, Point House (as the building’s known) has been a members’ club and a nurses’ home; had a tennis court in the garden and an observatory on the top floor; and has housed a notable banker, a Post Office reformer and, most recently, an art specialist. The apartment, which is on the second floor, has also got one of the best views of the city, taking in Canary Wharf and Christopher Wren’s Naval College. And best of all? It could all be yours.

Set deep in the countryside on the Isle of Wight, Gotten Manor, one of our current listings, is another home with Inspiration of the Week status, remarkable for its ancientness. As we’ve written, there’s been a settlement on this site since 1086, though the house as it stands today was built a bit later ­­– the eastern end in the 13th century; the main house, with its winsome gabled windows, in the 17th. Yet despite its age, Gotten is far from primitive. The gardens – lush, mature and extensive – have been landscaped beautifully. Inside the house, meanwhile, all is warmth and light, its rooms decorated to celebrate the building’s singular past, while still offering the comforts needed when the wind starts blowing in from the Solent. An island idyll, English-style.

One doesn’t necessarily think of life in the East End of London as being particularly peaceful, yet a (virtual) tour of this house on Aberavon Road, which we sold earlier in 2021, is testament to the fact that there are placid pockets amid the hustle and bustle of Hackney. And yet, just a short walk from this two-bed finds you at Roman Road Market, where barrow boys and hawkers have been peddling their wares for more than 150 years. Back on Aberavon, everything has been done to the highest spec. A deVol kitchen with parquet underfoot, Farrow & Ball paints, Aston Matthews hardware? Cushty, mate.