A Literary Lesson: symbolism and society in the English country house novel 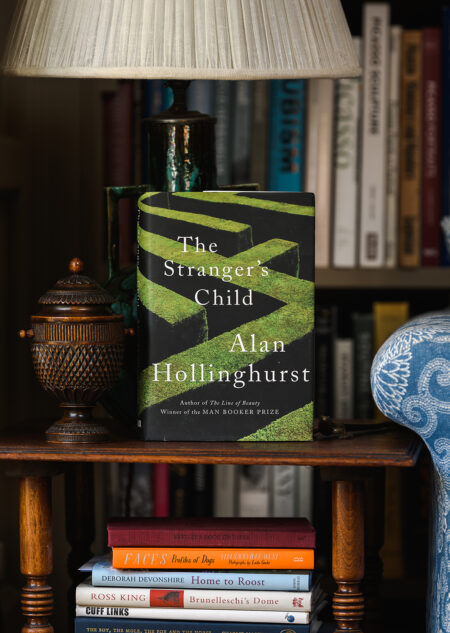 In the first half of this series, we took a turn around two of the best-known country houses in literature: Mansfield Park, conceived by Jane Austen, and Henry James’s Poynton. The novels concerning these two estates do not, perhaps, make the most straightforward of comparisons; however, written at either end of the 19th century, both offer alternative glimpses into the literary imaginations of the time – and their interest in the country house as a powerful symbol.

The tradition, it seems, has not diminished. In this second instalment, we travel through time to two more recent novels – though it’s worth mentioning that the plots of both Kazuo Ishiguro’s The Remains of the Day (1989) and Alan Hollinghurst’s The Stranger’s Child (2011) span many years of history themselves. Both these novels, though seen through modern lenses, are concerned with the lifespan and vicissitudes of the country house, cast in the light of tragedy – the turmoil of two world wars.

While the parallels between this pair are perhaps easier to untwist, there’s value to be found in seeing the group as a four, too. Hollinghurst is singular among them, connecting as he does the partial life stories of architectural spaces with the various people that occupy them. But all four novelists are united as major players in the genre of country house fiction, notable for their clever combination of meaning and aesthetic. Each of the four novels’ detailed atmospheres doesn’t simply provide a backdrop for their stately stories, but also determines their transmission.

The Remains of the Day by Kazuo Ishiguro

Where Henry James’s Poynton immortalises a sense of old English greatness, Darlington Hall, the canvas for Kazuo Ishiguro’s The Remains of the Day, seeks at least in part to undermine it. The novel’s protagonist, Stevens, is the quintessential English butler. He believes that his master, Lord Darlington, is a great man and equally that Darlington Hall is a noble house, just like that of others in the Empire. In Stevens’s mind, the estate warrants the type of commitment and zeal we see him embody, for example, when polishing all its silver.

Later, however, it’s the butler’s repeated denial about having worked for Lord Darlington which raises questions around both master and manor. In fact, the refute causes Mrs Wakefield, an American visitor, to start interrogating the legitimacy of Darlington Hall: “This arch here looks seventeenth century, but isn’t it the case that it was built quite recently?” she remarks. “It’s very beautiful. But it is probably a kind of mock period piece done only a few years ago.”  There’s a sense that the building’s historic monumentality, forged in brick and stone, is exactly that: forged, disingenuous – something that extends to its previous proprietor. As a friend and supporter of former British Prime Minister Neville Chamberlain, here depicted transparently by Ishiguro as a weak-willed Nazi sympathiser, Lord Darlington himself might qualify as a crypto-fascist, one that quietly champions a version of society split into two classes: the strong and the weak, or masters and slaves.

The Stranger’s Child by Alan Hollinghurst

The novelist Alan Hollinghurst has, in more recent times, offered his own powerful take on England’s hegemonic culture in titles such as The Stranger’s Child. Sexuality and ambiguity are also at the heart of this 2011 novel, but it would be inaccurate to label the work as gay literature, any more than it would to classify it a country house novel or, because of the period in which it is set, a war novel. The tale begins in 1913, a sunny pre-war arcadia. The aristocratic Cecil Valance – heir to the extravagant Corley Court and a published poet – visits the suburban family home of his old Cambridge friend, George Sawles. The two develop a romantic connection before Cecil is killed in the First World War.

Many years later, the relationship captures the attention of the closeted Paul Bryant. Paul’s erotic excitements – and his fascination with Cecil – operate within Corley Court, now an all-boys private prep school at which his lover, Peter Rowe, teaches. Over the years since Cecil’s death, the estate has lived many different lives, transformed from grand country house to military hospital and then prep school. To Peter Rowe, Corley Court’s latest application represents a kind of perfection, subverting the English aristocracy’s built domain, (something he deems a “monstrosity”), while becoming a sort of queer haven: “‘In a public school the queer ones didn’t generally need to rebel, they fitted in beautifully.”

Read the first instalment in the series, A Literary Lesson: meaning and aesthetic in the English country house novel, here

Buy The Remains of the Day from Waterstones

Buy The Stranger’s Child from Waterstones