A Literary Lesson: meaning and aesthetic in the English country house novel

In the first instalment of two, Inigo snoops round some of the best-known country houses. The twist? They’re all fictional 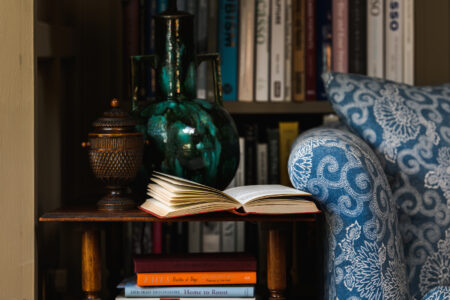 Whenever country houses show up in English literature, there are usually subtle themes lying beneath the pricey Persian rugs. Time and again, these lavish estates give rise to new physical dimensions in the lives of characters (some more fictitious than others), playing out differently according to the author and period of history. Ultimately, however, it’s through the houses, those unmovable vessels of national heritage, that the stories acquire such lasting power.

Over the next month or so, Inigo will be poking its head inside four of the most enduring examples in English literature, beginning with Jane Austen’s Mansfield Park, and The Spoils of Poynton, American author Henry James’s 1896 classic.

Power, in Austen’s Mansfield Park, is bound to the feudal reign of Sir Thomas Bertram. Bertram’s Northamptonshire estate serves to contain – both metaphorically and physically – any threat to the status quo, not least Fanny Price, his niece who is sent to live with him aged 10. Reserved and pathologically virtuous, Fanny is Austen’s most un-Austen-like heroine who, while attempting to embrace the values of Mansfield Park, is excluded by her “lesser” family background. Values become conflated with riches, and Austen is explicit when revealing how, for all its opulence, Mansfield Park is fundamentally dependent upon the slave trade. Similarly, young Fanny’s relocation to Mansfield Park is often described in loaded, colonial terms, whether regarding the taming of her uncouth “otherness” or her need for “improvement”.

It’s not just Fanny who is charged with advancement. Within the Bertrams’ social circle, landscape planning is inseparable from personal development. Wealthy landowner Mr Rushworth is prompted by a friend’s renovation to make significant updates to his own estate, Sotherton, and in a bid to keep pace with the Twickenham summer cottage, Dr Grant revamps the grounds of Mansfield Park parsonage. When it comes to desired refinements in both place and character, Austen leaves no stone unturned.

The Spoils of Poynton by Henry James

In the late 19th century, James engaged with the country house narrative in a number of his works. Many will be familiar with the entertaining The Spoils of Poynton or indeed The Turn of the Screw, the latter of which was James’s very own horror novella, detailing supernatural occurrences at a country estate in Essex. In 1895, he produced a string of unsuccessful plays-turned-novels; although less well-known, Guy Domville, The Other House and Covering End all succumbed to his country house fascination, something he painted in idyllic tones in English Hours:

“Of all great things that the English have invented and made a part of the credit of the national character… the one they have mastered most completely in all its details, so that it has become a compendious illustration of their social genius and their manners, is the well-appointed, well-administered, well-filled country house.”

James’s obsession arose from a belief in the intrinsic value of inheritance, as symbolised by great English houses. Yet, even as he celebrated them as the first fruits of English civilization, he did so in the context of his own disillusionment with existing society. In Poynton, we receive his fullest expression of this dichotomy. Despite the fluctuations in character and conflict throughout the novel, James never hesitates in moving toward “the horrible conflagration”, the destruction of Poynton. The house goes up in flames but crucially, Poynton as a whole cannot be reduced to its treasures, nor its social engagements. Rather it must be imagined through the narrator Fleda Vetch’s words as “the record of a life”, whose composition invokes the cultural inheritance of all of Europe.

Buy The Spoils of Poynton from Waterstones