On Display: hypocrisy and high jinx in Hogarth’s scathing satires

Tate Britain’s new show, Hogarth and Europe, looks at the artist alongside his peers on the Continent – and shines a scouring light into the darker corners of life in the 18th century 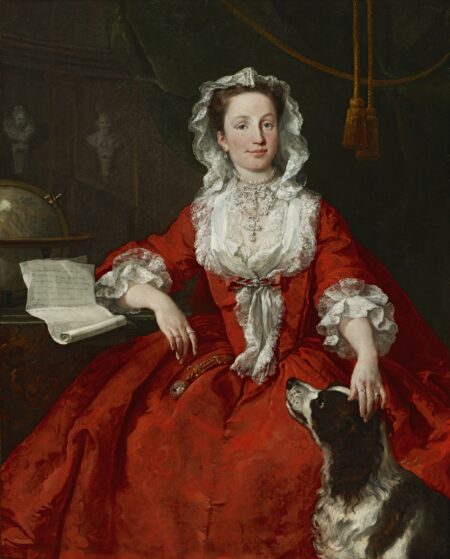 A tradeswoman plays at dice, unaware of the chaos brewing above her and her fragile earthenware stock: a makeshift stage is about to collapse and a group of performers are clinging to the scaffold to avoid toppling to the ground. Meanwhile, a slack-rope dancer teeters between two buildings, one man grabs another roughly by the neck, and a Black boy plays the trumpet alongside a well-dressed drummer woman. The busy scene captures the annual Southwark fair in London. Topping it all off is a fluttering Union Jack.

A new exhibition at Tate Britain presents William Hogarth, one of the most influential and talismanic British artists of the 18th century, in a fresh light. More than 60 of his visual narratives are presented alongside works by his contemporaries from the European mainland; parallels are drawn between his satirical depictions of London life and scenes etched and painted in France, Italy and the Netherlands.

The mid-18th century was a period of economic growth and social change. Following a century of conflict, luxuries were becoming more readily available, Europe was filling with the kind of musical and theatrical performances advertised in Southwark Fair (1733), and social hierarchies were apparently in flux. In London, Hogarth assumed the role of social commentator and his new way of storytelling influenced his continental peers. He told individual and group tales on what he called “modern moral subjects” through biting images. Come for the favourites – A Rake’s Progress (1732-34) or Gin Lane (1751) – and you won’t be disappointed.

However, Hogarth as the popular social critic is put to the test in this exhibition. His images may be subversive critiques of society’s absurdities, but they also feature racist and sexist stereotypes. Contemporary artists such as Lubaina Himid have provided thought-provoking alternative captions. The Turner Prize-winning artist and cultural activist inhabits the mind of Oumar from Mali, the butler-cum-manservant shown in the fourth picture in Marriage A-la-Mode of 1743-45: “My main function is to make this unimportant aristocratic household look exceptionally wealthy. The Countess treats me with disdain almost all of the time, but she loves the way I can be a delightful African Gentleman when she needs me to take that role.”

The exhibition dedicates a room to portraiture at the end of the show. Throughout the 18th century, many European artists enjoyed new ways of working, and there was a newfound focus on individuality. And yet, as with all of Hogarth’s artworks, there is no single, straightforward reading. A portrait of six of his servants is striking in its naturalism, and seemingly celebratory of the working class. But as the curators point out, the picture might also have simply served as an advert for Hogarth’s skill, intended to attract wealthy clients.

Throughout, the lavishly painted material luxuries of Hogarth and his contemporaries reflect the expanding networks of trade and, as Tate points out, exploitation. They also nod to the 18th century’s popular public spaces, from marketplaces to pleasure gardens, and the life of the upper classes. But while Hogarth’s handling of paint recalls that of French artists such as Jean-Antoine Watteau, beneath his glitzy surface is tense and often tragic content. Our eyes snag on velvet jackets, polished buckles and silk shawls – then move on to the expressions and actions of the flawed and greedy folk wearing them.