Succumb to pier pressure and let us whisk you round Brighton’s pavilions, promenades and emporiums. Welcome to our whistlestop tour of one of Britain’s best seaside cities 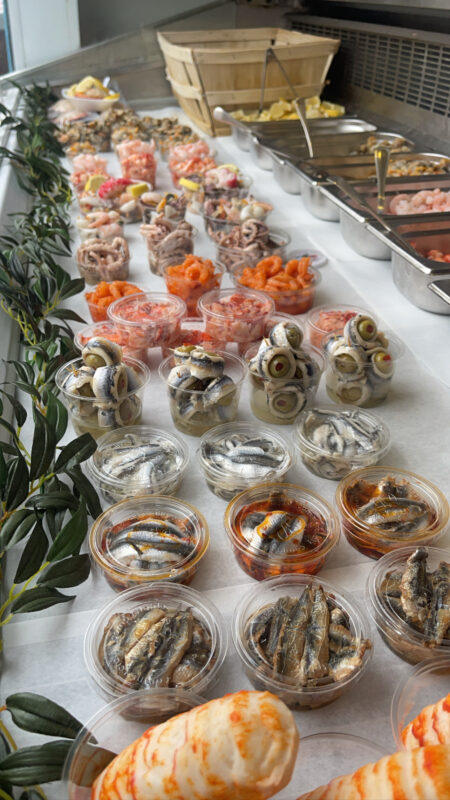 “It’s like those sticks of rock: bite it all the way down, you’ll still read Brighton.”

Those enduring words come from Graham Greene’s 1938 novel, named after the city’s trademark sweetmeat. The speaker, Rose, might be explaining how people never really change, but her words could just as easily refer to the place itself. Locals might bemoan the recent influx of out-of-town expats, but unlike many other British resort towns, Brighton’s sense of self is hale and hearty.

Beloved of day-trippers (both royals and commoners alike), the city has also long been a countercultural hotspot. Its progressive values are reflected in its political leanings (it holds parliament’s only Green seat) and the fact that Brighton Pride, first held in 1972, was only beaten by a few months (by London) to be the first in the country.

As well as the traditional seaside entertainment (fish and chips on the beach, strolling on the pier, Brighton rock – of course), Brighton – and the nearby town of Hove, with which it was incorporated as a city in 2000 – is known for its excellent secondhand shops and, more recently, restaurants serving great seafood on tap. Here’s our handy guide to help you make the most of it.

North Laine
A slum in the Victorian period and narrowly saved from demolition in the 1970s, the North Laine area is the beating bohemian heart of the city. It would be easy to while away a whole day, browsing the mix of vegetarian cafés, vintage shops and homeware boutiques, though we would suggest making a beeline to Utility, Tidy Street General Store and Snooper’s Paradise if you’re short of time. The latter, established in 1952, has one of the largest inventories of art and antiques in the south of England.

Brighton Flea Market and Era, Upper St James’ St
Speaking of art and antiques, the Brighton Flea Market – permanently housed on Upper St James’ Street – is an Aladdin’s cave of knick-knacks and bric-a-brac that rewards the patient and eagle-eyed. But if combing through stacks of odds and ends isn’t your thing, then nearby Era presents a handpicked selection of modernist design and industrial salvage. The stock on the shop floor is always changing, so it’s worth popping by regularly, even if you’re a local.

Our Daily Edit, 23 Ship St
The warren of narrow pedestrianised streets in the centre of Brighton is home to some great independent boutiques, such as Our Daily Edit, a Lanes staple since it opened in 2014. Stocking a carefully chosen range of clothing for both men and women, as well as lifestyle products, Our Daily Edit is one of the best places to discover new brands – in fact, it’s often the only shop in the UK you can find them.

Regency Tavern, 32-34 Russell Square
Few places encapsulate Brighton’s eccentric spirit more than Regency Tavern. Housed in a Grade II-listed building dating back to the 19th century, the pub is – as it describes itself – “fabulously flamboyant”. With pink striped wallpaper, leopard-print armchairs and mirror balls in the loos, we wouldn’t disagree. Come for the pub’s particularly glamorous take on Regency style; stay for the Sunday afternoon piano sessions and the excellent selection of independent wines.

Isaac At, 2 Gloucester St
If you’re looking to sample the best local produce in Brighton, you can’t do better than Isaac At. When it opened in 2017, head chef and founder Isaac Bartlett-Copeland set out to source all his ingredients from the surrounding Sussex countryside – including the wine. The ethos stands to this day; Isaac At’s menu explores the particular flavours of the South Downs through a ten-course tasting menu, mead sorbet and all.

The Set, 50 Preston Rd
Things are, appropriately enough, set in stone at this restaurant in the north of the city: one menu, served to just 18 customers, with one sitting at 7pm. But what The Set lacks in flexibility it makes up for in its sophisticated and constantly changing bill of fare, inspired by micro-seasonality and rare-breed meats. Prepared by an industrious two-person kitchen, dinner here is a special and intimate affair.

Brighton Beach
Brighton wouldn’t be Brighton without the beach. And, regardless of the time of year, there’s no better way to enjoy it than with a portion of fish and chips from one of the many seafront peddlers. If battered cod or haddock doesn’t take your fancy, The Brighton Shellfish and Oyster Bar, with its wide selection of freshly caught produce, is just by the pier. A fluttering Union Jack flag will let you know if it’s open.

The seafront
The beach isn’t the only place to enjoy the salty air – especially if you find the pebbles hard-going. The seafront promenade, with its distinctive pale green railings, continues uninterrupted for more than four miles and is a great way to take in the Regency architecture that the city is known for. A clutch of celebrated names – among them John Nash, James Wyatt, Charles Busby and Amon Wilds – are behind Brighton’s stately whitewashed style, described in 1832 by MP William Cobbett as having “certainly surpass[ed] in beauty all other towns in the world”. Nearly 200 years on, it’s still looking pretty good.

Duke of York’s Picturehouse, Preston Rd
Duke of York’s Picturehouse has many claims to fame. When it opened in 1910, not only was it the first cinema in Brighton, but one of the first purpose-built picture palaces in the world. And you can still pass under its elegant arched entrance to catch the latest Hollywood blockbuster or art-house flick today, just as you could 110 years ago – making it the oldest cinema in continuous use in the country.

Royal Pavilion, 4-5 Pavilion Buildings
When you first catch sight of the domes, towers and minarets of the Royal Pavilion, you’d be forgiven for forgetting where you are for a moment. And, given that John Nash borrowed from Indian, Chinese and Gothic traditions when designing it, it could be said the building has got slightly lost too. Conceived for the future George IV in 1815 – and dividing opinions ever since – the pavilion is thought of as the ultimate expression of Regency-era romanticism: an appropriately idiosyncratic landmark for a singular city.

The Pier(s)
If anyone knows anything about Brighton, it’s that it’s home to the most famous pleasure pier in the country, the Palace. And if they happen to know a little bit more, it’s that – strictly speaking – the city has two. Predating the Palace pier by 25 years, the West pier opened in 1866. By the 1970s it had fallen into disrepair and, later, ruin after fires and storms; today it exists only as a rusty iron skeleton, stranded halfway out to sea. The Palace pier, however, keeps the tradition going strong: amusement arcades, fairground rides and freshly made doughnuts are all on offer, suspended on wobbly wooden boards above the Channel.

The British Airways i360, Lower Kings Rd
From Brighton’s oldest landmark to the newest: the British Airways i360 observation tower, which opened in 2016 at the point where the West pier once joined the seafront. The so-called ‘vertical pier’ sees visitors ascending 162m above the beach to take in panoramic views of the city, the stunning South Downs and the white cliffs of the Seven Sisters along the coast.

If life on this stretch of Sussex by the sea appeals, why not take the plunge? Wykeham Terrace, currently on the market, is Brighton at its best. Less than 10 minutes’ walk to the sea, this three-bedroom house forms part of a 19th-century terrace thought to have been designed by Amon Henry Wilds (son of Amon Wilds mentioned above). Stucco-fronted and gorgeously Gothicky, with lancet windows and a castellated roofline, it seems to sum up this city in a nutshell: beautiful and just little a bit offbeat.

Meanwhile, for those in the market for something just a touch more familiar, façade-wise, try Eaton Place, also up for grabs. With two-bedrooms, this ground-floor apartment sits in a stucco-fronted building designed by Thomas Cubitt and is the very picture of Regency resplendence. That said, its interiors have been thoughtfully revamped for a contemporary cosmopolitan living: stripped pine doors, fumed-oak cabinetry, smart wallpaper and a juicy paint palette meet crisp cornicing and soaring ceilings. A seaside delight that gets it right.