Inspiration of the Week: two homes on the south coast that are the littoral dream

Two exceptional seaside houses compete for this week’s top spot in a battle of the beaches. Which is your shore winner? 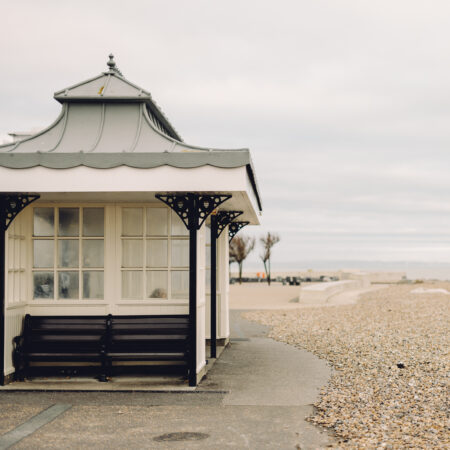 Don’t we all dream of a life beside the sea? The tang of salt on a breeze, the mind-expanding, soul-lifting views… It doesn’t get much better than that. But coastal living comes in many costumes – from imposing clifftop grandeur to cosy cottages affording respite from the squalls. Which would suit you better?

As chance would have it, Inigo now has two more splendid seaside numbers for sale. While one – New Parade, in Worthing, West Sussex – offers a nostalgic glimpse of resort life with a quietly contemporary flourish, the other – Old Flemish House, in Deal – is a south-coast belle in the old mould, painstakingly restored by specialist architects. Both, however, are exquisite examples of the variety of life by the beach.

New Parade is a rare jewel – as perfectly positioned for landlubbers (it’s at the foothills of the exceptionally beautiful South Downs) as it is for water babies and beachcombers. The views of Worthing’s expansive seafront and the Channel beyond are impressive. The town itself is a charming reminder of the British resorts of yore. Worthing enjoyed great popularity in the Georgian era, thanks in part to a number of important holidaymakers – the Princesses Amelia, Charlotte and Augusta all visited in the late 18th and early 19th centuries. Other fashionable holidaymakers – including Jane Austen, George Eliot and Oscar Wilde – helped cement the town’s reputation.

In later years, Edward VII stayed in Worthing several times. New Parade, built in 1903, predates the king’s first visit by five years. Typically Edwardian in style – note the crisp corning and pretty pitch pine underfoot – it also benefits from generous proportions. The current owners have made the most of them, using a bright and more modern palette to decorate. We love the sunshiney sitting room and greengage-coloured kitchen. Elsewhere, contemporary art and reclaimed wooden details make a compelling case for mixing old and new.

And now, from royals to rovers. To look at Old Flemish House is to be reminded of Deal’s history – a swashbuckling tale of merchants, pirates and smugglers. This house is rather more salubrious, its snug rooms and period details (those inglenook fireplaces! The terracotta floors!) a picture of the town’s heritage. The presence of the past is by design rather than accident: the current owners called in Anthony Swaine Architecture, specialists in architectural conservation, to help them preserve the original features of this 17th-century red-brick townhouse. (Incidentally, the late Anthony Swaine also once lived in Old Flemish himself. How’s that for provenance?)

That said, as in New Parade, the current owners of Old Flemish House know exactly how to make a historic home fit for purpose. The DeVol kitchen, for instance, is a delight, while all the joinery and bathrooms have been finished by master craftsmen to the highest spec. But, best of all, the house is less than a minute’s walk away from Deal’s stretching shingle beach.

That both of these homes are true treasures is beyond dispute. The only question, then, is which one you want?