Inspiration of the Week: the perfect period features of a former ballroom in an elegant London apartment

Follow us as we foxtrot to north London's Highbury to sashay around the grand living space – once a ballroom – of a fabulous one-bedroom flat. It’s a 10 from us 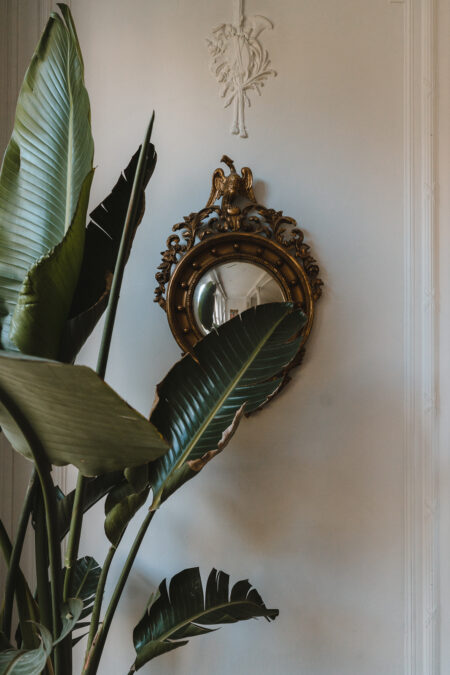 This week’s inspirational listing, a one-bedroom apartment in a handsome Victorian house in Highbury, is remarkable for many reasons – just look at our sales particulars. But one in particular stands out. Perhaps it’s because we’re in the mood for dancing (what with the final of a certain TV talent contest around the corner), but the fact that the living space in this generously proportioned flat was once a ballroom has got Inigo’s toes a-tapping. Even if your pasodoble days are over (or perhaps they never began), the joyful legacy of this room’s past life has been preserved so perfectly that all can surely appreciate its beauty. So polish off your spats and let us take you for a spin across this 23 sq ft space as we pick our favourite of its fine features.

Mixing white walls, warm wood and bright, more modern textiles, this reception room is an elegant lesson in balanced decorating. But it’s the period details that really make the space. The plasterwork deserves a particular mention, as much for its variation as for its quality. As well as the usual crisp cornicing and rosettes, there are swags and bows, roundels with frolicking chubby cherubs and – the cherries on this beautifully iced cake – musical instruments, some of them picked out in gilding: a pretty and poetic reminder of the room’s history. The rest of the space, painted whitest white, is illuminated by the original full-height tripartite sash windows that overlook the tree-lined avenue on which the house sits.

The airy atmosphere in this room is heavenly – quite literally, in fact, conforming as it does to the ‘divine proportions’ of the golden ratio, a mathematical principle of aesthetic perfection.

Now, having peered up at those high ceilings, look down. Underfoot, oak parquet brings depth, subtle patterning and even greater grandeur. This particular style of flooring – parquet de Versailles, with its pattern of diagonal squares – is named for the French palace in which it was installed for the Sun King, Louis XIV. First introduced to replace marble floors, which needed constant washing that often led the joists below to rot, it soon became a symbol of regal wealth and taste. Made of hardwood and supremely durable, it also happens to make for a fantastic dancefloor… Start on your guestlists now.