Home Comforts: Martin Brudnizki on life in the country

As well as growing his art collection, the interior designer has recently embraced gardening – even if the squirrels make it difficult. But what else makes him tick? 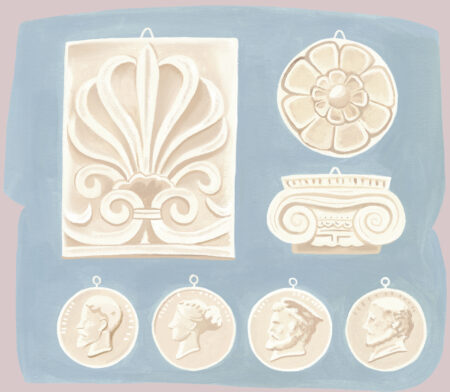 Don’t we all deserve a little luxury? Look at the work of Martin Brudnizki – all phantasmagorial floral installations, fulgent verre églomisé, plush velvet and shimmering chandeliers – and it’s hard not to agree. The Swedish interior designer is best known for souping up some of the world’s most lavish establishments (Sexy Fish and Annabel’s, both in Mayfair, and the Beekman hotel in New York, for starters), as well as private projects, but chances are you’ve all basked in his glorious glow: he’s waved his wand over Gourmet Burger Kitchen, Côte and Strada too. A forkful of frou-frou and a dash of debonair glamour is for everyone, it seems – and maximalists around the world have Martin to thank for the perennial popularity of the ‘more is more’ approach.

Life at home, however – he and his partner, Jonathan, split their time between a pied-à-terre in Parsons Green, south-west London, and a Carolean house in West Sussex built in 1677 – is altogether less high-octane (though, we note, no less comfortable and exquisitely layered). “They are my absolute havens,” says the highly sought-after Martin. “They have very different purposes and styles, but their common theme is they are refuges.” In Sussex, the couple are surrounded by unbroken views of nearby hills, making good stomping ground for their whippet, Zenon. When they’re not out walking, however, Martin tells us he can sometimes be found sipping a negroni sbagliato – a fitting pursuit for the man behind some of the most magnificent bars in the country. Cheers to that!

My most recent home improvement…
Our house in Sussex, part of the former residence of British prime minister Anthony Eden, has itself been the biggest home improvement in recent years. The latest addition was a mini sculpture gallery – our very own John Soane moment. We already had a few plaster casts from Peter Hone, which we combined with ones bought from Brownrigg and a tromp-l’oeil painting of relief work by the artist Michael Murfin from Henry Miller Gallery.

The latest addition to my wardrobe…
A tailored dinner suit from Drakes.

The most useful item in my kitchen…
A boiling-water tap. It’s phenomenally convenient in those moments when you forget to put the water on and you haven’t time or patience for the kettle.

I also always make sure I have the ingredients to make my favourite aperitif: the negroni sbagliato, which requires sweet vermouth, Campari and sparkling wine.

Hanging on my walls…
I’ve taken much pleasure in building a large collection of art – from all different periods and in all sorts of styles. I have an array of 12 small 19th-century landscape paintings, a grouping of Italian flags of nobility, capriccios and floral still lifes sitting alongside contemporary works. I love the way they hang together and almost clash. I think they reflect our personalities as a couple and the places we have been and admire.

The knick-knacks on my mantelpiece…
Two busts, a candelabra, fresh flowers from the garden and perhaps an invitation or two.

The books on my shelf right now…
I’m currently reading Portrait of a Marriage: Vita Sackville-West and Harold Nicolson by Nigel Nicolson, as well as Seán Hewitt’s All Down Darkness Wide.

Growing in my garden…
Since moving to the country I have embraced gardening. I love it and have taken such joy in watching the seasons come and go. We’ve had dahlias and cosmos, a few gladioli and some asters and now I’m getting busy again, planting even more bulbs for the spring. Last year we put thousands down – quite literally! – but a pesky squirrel rather enjoyed feasting on them.

Hidden away in my cupboards…
A large collection of silk scarves.

On my to-do list…
Book tickets to see Orlando at the theatre, starring Emma Corrin.