Five Good Things: what to visit, book and buy this July

In a largely art-themed edition, we whisk you round the country so you can get your fill of the hottest cultural highlights on offer this July 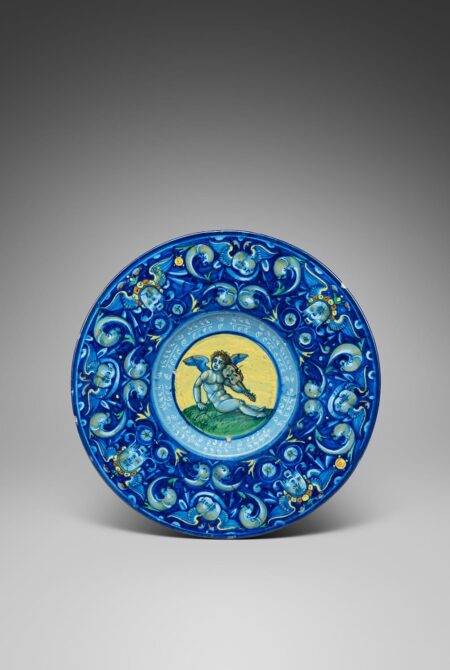 ‘Introduction to Art History’ at the National Gallery, 25-29 July

As anyone familiar with our partnership with Art History Link-Up (AHLU) will know, we believe that giving people access to an education in the arts is the key to creating a fairer, more diverse creative sector. Making the study of art history open to all is the charity’s mission – and it’s one we’re committed to supporting.

And while AHLU’s primary focus is helping sixth-form students work towards qualifications ahead of their university applications, this month the charity is running its third pilot ‘Introduction to Art History’ course, devised with the aim of getting children aged 13-15 from state schools interested in the subject and generously supported by the Band Trust.

Across the mornings of 25-29 July, younger state-secondary students are invited to explore the stupendous collections of the National Gallery, as well as to find out more about what a career in the creative sector might look like.

“Art students will especially love this course,” says AHLU, “but it’s for anyone who enjoys looking, thinking and discussing – and snacking – while making links across subjects, and linking the past to the present day.” That’s definitely something we can get behind.

To apply for a place or to support AHLU, visit the charity’s website. Meanwhile, keep your eyes on the Almanac for more exclusive AHLU content coming soon.

On the subject of inclusivity and diversity within the arts, it’s with excitement that we draw your attention to Yorkshire Sculpture Park’s ‘Summer of Love’. Springing from YSP’s current exhibition on Robert Indiana and the ways in which he subversively referenced his homosexuality at a time when it was illegal, the series of events and exhibitions – running until 22 Sept – looks at the nuanced ways LGBTQIA+ artists of today express their queer identities.

Placing human love and connection at their core, the calendar of projects will explore wider themes too: rights and access, for instance, prejudice or loss. We’re particularly looking forward the poignant pieces on display as part ‘On Queer Ground’ (9 July-4 Sept), which link the queer body to landscapes real and imagined. Visit YSP’s website for details.

When Sophie and Rowley Edwards moved to Malta, they had no plans to run a pottery there – let alone open a shop in London. And yet that’s exactly what they’ve done.

Villa Bologna Pottery has been going since the 1920s and Sophie, who spent her earliest years on Malta, remembers seeing many of its recognisable designs in friends’ houses as a small child. When she and Rowley moved to the Mediterranean island, however, the pottery was somewhat neglected.

Creative and admirably gung-ho, they decided to go into business with its owner, Jasper de Trafford, whose family have owned Villa Bologna since the 1890s. Since 2020, the young couple have been rejuvenating the business, employing a talented bunch of Maltese craftsmen in the process and adding some sensational new designs along the way: think stylish stripes and exotic palm trees.

Now, the couple have brought a bit of Maltese sunshine to west London, having opened a two-storey shop in Holland Park in the middle of June. Here, the brand’s distinctive hand-painted designs – from plates to piggy banks, boat-shaped lamps to beautiful glugging jugs – jostle happily with tabletop textiles from Kenya, rattan placemats from Swaziland and handblown glassware, imported from Italy. We’d like the lot.

Art lovers ought to hurry to the capital, as from 3-8 July the city’s galleries will be hosting a sensational array of shows for London Art Week. But with so much on offer, where to start?

There are medieval marvels at Brun Fine Art, or a wonderful William Nicholson at Patrick Bourne & Co… You can spot an Augustus John at Phillip Mould, then – keeping it in the family – head to Abbott & Holder for a watercolour by his sister, Gwen.

We could go on, but there are more than 50 spots to wander round and wonder at – some of which LAW has singled out for a special guided tour with Almanac readers in mind, on the afternoon of 5 July. If you can’t make it, be sure to check out LAW’s online offerings – each gallery has chosen 10 works with the theme of ‘music and dance’ that are sure to be toe-tappingly good. Visit London Art Week’s website for details. For information on the Inigo tour, click here.

‘Of Silence and Slow Time’, Garden Museum, until 24 July

And now for some fine-art fare on a smaller scale: Beatrice Hasell-McCosh is a contemporary painter working in the landscape tradition, using the natural world – namely her childhood garden in Cumbria – as her springboard.

No wonder, then, that Lambeth’s lovely Garden Museum leapt at the chance to host a solo show of Beatrice’s monumental oils on canvas and works on paper – the artist’s first.

And what a debut. Largely created during the lockdowns of 2020, these paintings thrum. Huge in scale, they were made at a time when humans were retreating from one another; yet here fronds and flowers crowd and congregate – leafy, lush and alive.

‘Of Silence and Slow Time’ is on display until 24 July. Visit the Garden Museum website for details.