A Place Like No Other: foraged fragments from Father Thames’ foreshore

The banks of London’s surging river are teeming with preserved treasure – if you know how to look. One of the city’s best known mudlarkers recalls some of the surprising things he’s found and talks of the powerful link to the past they can lend us 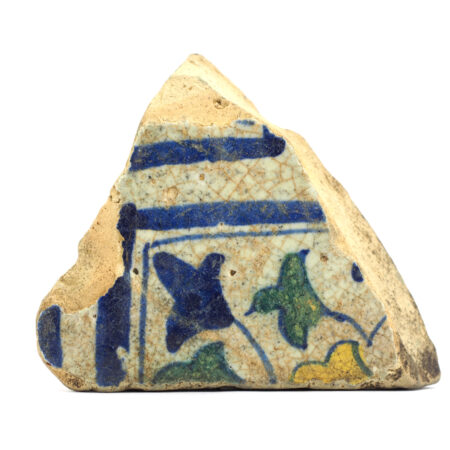 Walking across a bridge in central London can reveal two different rivers. Sometimes, the Thames is heavingly full, with energetic wavelets flashing in rare sunlight. Other times, it has receded, peeled away from the embankment walls that stop the city from flooding. It’s at its lowest every 12 hours or thereabouts, exposing long beaches of gravel, sand or mud.

This foreshore is important to London because, for millennia, the mud has captured the lost objects of the city. It’s a storehouse of history, a riverbank of treasures. Everything that was dropped, thrown, dumped, surreptitiously disposed of or sacrificed to some ancient god had a chance of being caught and preserved beneath the river. And the activity of revealing these, of walking on the empty beaches and finding ancient history right before your eyes, is called mudlarking. It’s a very old term: it used to mean busking, cavorting for money (“Spare a penny for Poor Jack,” they’d call, before wrestling each other for the amusement of the gentry). Mudlarks were the poorest of the poor, searching for anything they could resell: lost bits of coal, old rope, copper rivets.

Today it refers to those unearthing some of London’s stories. The Thames is a vast archaeological site and we’re incredibly lucky to be able to climb down some steps and walk on its bountiful banks. I first got started doing just that. Always looking for new ways of exploring London, I saw the tide was out one day, climbed over some railings, dropped down and… I found everything changed. The intense and overwhelming city had been transformed into somewhere quiet, even lonely.

Clamber down to the foreshore and you can walk, foot before foot, crunching on the gravel, avoiding the muddiest patches, until the tide starts to turn and it makes sense to climb back into the 21st century. Slowly I became aware that I was walking on fragments of history. In those days, the early 2000s, anyone could hop down to the foreshore and pick up the objects they saw lying on top of the beach. I picked up broken pottery and began to understand how very old it was. Delftware from the 17 century; medieval earthenware. Clay tobacco pipes, which, once you train your eye, can be seen everywhere. One of my early finds was a pipe bowl perfectly moulded as a horse’s hoof. What was most remarkable, when I picked these fragments up, was the tangible connection they gave to a real person, an individual. A man had tossed his pipe into the river 300 years ago, and the next person to touch it was me. There is a spark there.

Eventually I grew better at mudlarking – able to recognise what I was finding and, very occasionally, to find things old enough to be reported to the Portable Antiquities Scheme (England and Wales’ database of finds). A lustrous clay tile from 16th-century Antwerp, a raspberry prunt from the Low Countries (a raspberry prunt! What a name. It’s a dimpled piece of glass from the handle of an old wine glass or roemer). Some sgrafitto-ware from Beauvais. And that’s just northern Europe. The river has also given me a talisman from Ceylon, coral from the tropics, a sculpted Mesoamerican face (likely to be 19th-century, not pre-Columbian), a plate from a Japanese ocean liner. London was the port of the world: everything came through.

The Thames was a Bronze Age sacred place; elegant swords were offered up to it. Roman Londoners lost statuettes and hairpins in it. You can still see the remains of Anglo-Saxon wicker fish traps. Today, to protect the finds, you need a permit to mudlark, but you’re free to walk on the foreshore and imagine yourself deep in the history of this extraordinary place. And every day, fragments reveal themselves. They tell such wonderful stories.

Ted is the author of London Fragments: A Mudlark’s Treasures