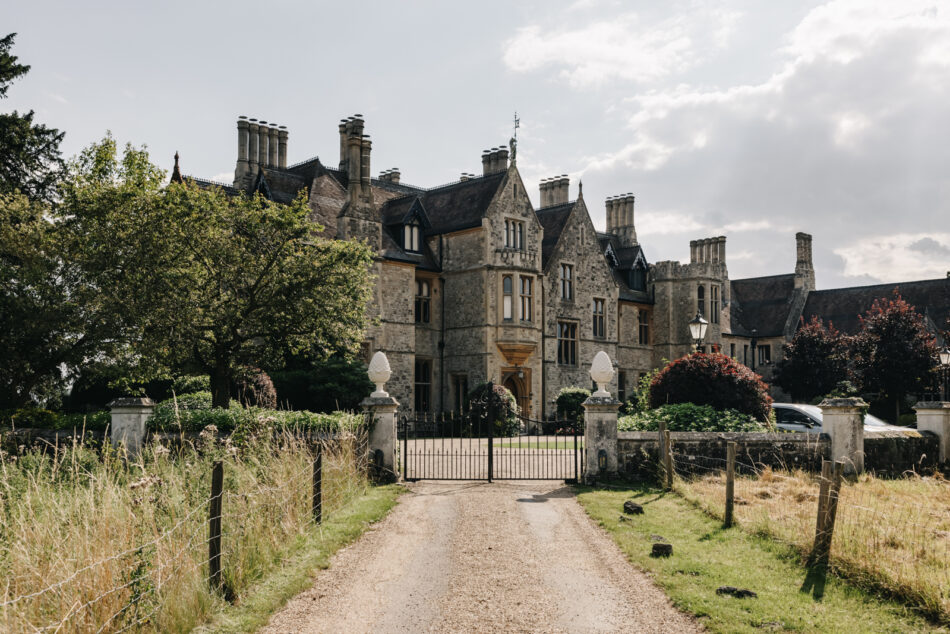 Breathtaking proportions and a restrained elegance are imbued throughout the house

Hobart lies within Hassobury Manor, a fantastic piece of Victorian Gothic architecture constructed in the mid-19th century. The building is Grade II-listed and set in beautiful mature parkland, while Hobart itself extends over 4,300 sq ft within a core section of the manor house. It has generous living and entertaining spaces, five bedrooms and three bathrooms, and a palpable sense of elegance throughout in both its proportions and decoration.

Hassobury Manor estate lies to the southern perimeter of the historic medieval village of Manuden, in Bishop’s Stortford. The manor and its surrounding land were part of the historic route to Cambridge, so were of great strategic importance during the Saxon and Norman eras. It remained an important piece of land through the Early Modern period and mentions of it can be found in texts prior to the Domesday Book. For more information, see the History section below.

The house is set within its own land, approached via a long drive that sweeps through mature parkland with a commanding view of the surrounding countryside. Entry on the ground floor leads to a very large, formal hall with stone tiling underfoot, which runs the full depth of the building to the garden. A cantilevered stone staircase extends the height of the building, forming the core of the home.

A reception room of tremendous proportions sits at the rear of the plan, where gothic arched fenestration extends across the southern façade and bathes the space in light. An original fireplace with a wood and marble surround is the focal point of the room; it is known that others in the building were built and installed at the time of construction by renowned specialists W. H. Burke & Co; it is assumed this was too. The reception room was formerly the children’s nursery with other aspects of the house making up parts of the former service quarters of the house. As such, the house now presents itself with a subtle elegance for an archetypal Victorian Gothic country house.

Opposite the reception is a large dining room in rich, finely decorated Orientalist wallpaper. Adjacent to the dining room is an exquisitely finished, bespoke Shaker-style kitchen, installed within the last year. The kitchen features a marble worksurface and contrasting cabinetry with hardwood interiors; appliances are by Sub-Zero and Miele.

The stone staircase ascends to the first floor, which is lit from both the north and south aspects by a trio of gothic arched fenestration and leads to three large bedrooms, one with an en suite. All are finished to a very high standard and are exemplars of restrained elegance. The bathrooms take their decorative cues from the bathrooms of the 1920s and ’30s. Two further bedrooms and the principal family bathroom can be found on the second floor. All rooms have far-reaching views over the surrounding parkland.

There is an attic storage room on the second floor, while below ground, a large cellar provides extensive storage and a separate, American-style top-loading washing machine and dryer.

Hassobury Manor sits in the centre of parkland with gardens extending to the south of the house. To the rear, a large stone terrace with extensive planting provides privacy and makes the perfect spot for outdoor dining. Beyond the terrace, steps lead down to a large, communal, flat, croquet lawn bordered by a ha-ha, which divides the domestic grounds from the surrounding parkland. A network of footpaths and bridleways connects the house to extensive walks into ancient woodland and local villages. A duckpond cared for by the residents serves as a community hub.

Hobart also benefits from six allocated parking spaces, two of which are in the courtyard to the front of the house. Two others are within the double garage, which is within 50 metres, and two are in front of the garage.

Hobart is situated a short walk cross country from the historic village of Manuden, which has an Ofsted-certified “outstanding” primary school and a bustling local pub. The larger Bishop’s Stortford, eight minutes away, has five “outstanding” secondary schools and the independent Bishop’s Stortford College. The historic market town is popular for its attractive architecture and brilliant transport links to London. It has a broad range of shops, restaurants and pubs. The perennially popular market town of Saffron Walden is under 30 minutes by car and Cambridge is a 45-minute journey.

Bishop’s Stortford train station is approximately 10 minutes drive from Hassobury Manor and runs as many as seven services per hour to London Liverpool Street in as little as 38 minutes. Tottenham Hale is en route to London on this line and provides a convenient link to the Victoria Line. The M11 runs close to the town, giving access to London, Cambridge, Stansted Airport and the M25.

The commissioner of Hobart was Robert Gosling, a partner of Goslings Bank (later incorporated into Barclays) who commissioned renowned architect Phillip Charles Hardwick to draw up plans for a new house at Hassobury Manor. Hardwick was an eminent public architect, most notable for his designs at Euston Station, who adapted the architectural tropes of Classicism and Gothicism to forms suitable for 19th century Britain. Constructed over a period of two years, beginning in 1866, Hassobury is one of the few private commissions taken on by Hardwick; it allowed him to create a country house of fine proportions, featuring opulent detailing and exemplifying the engineering expertise so associated with the Victorian era.