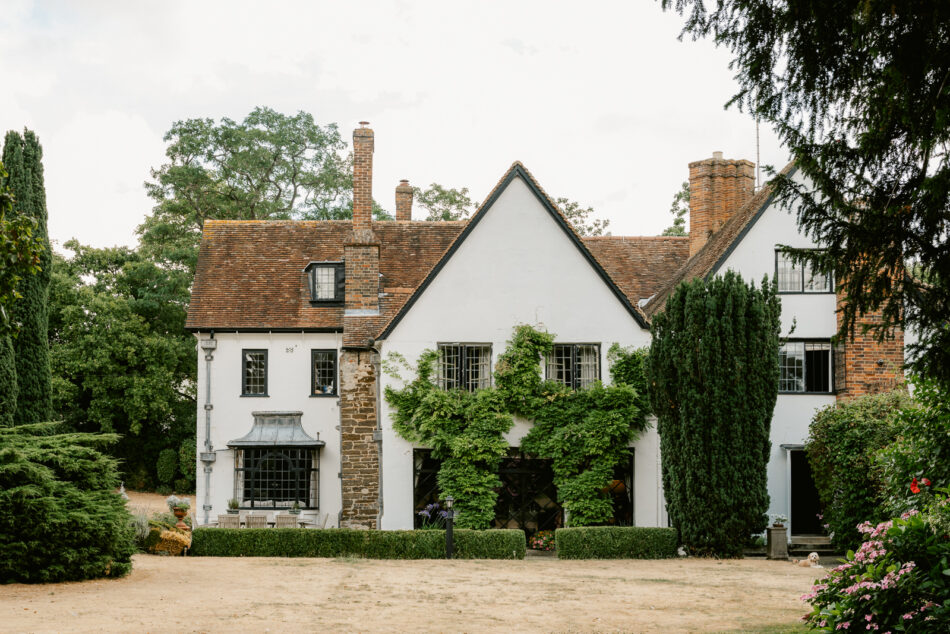 This exceptional Grade II*-listed, 10-bedroom manor house is nestled in the centre of the pretty village of Harlington. With origins in the late 14th century, it has been updated many times by its various owners, resulting in a beautifully renovated house with a long and rich history. Extending over 8,300 sq ft internally, the house also has numerous outbuildings encompassing 1,905 sq ft, including a garage, a stable block, a barn and two annexes, meaning it is exceptionally flexible and full of potential. It is also particularly well-connected; Harlington train station is a two-minute walk and runs trains to London St Pancras in under 45 minutes.

The original manor was extended in the late 1590s and again in the early 17th and 19th centuries. In the late 1930s, architect Sir Albert Richardson, designer of the Manchester Opera House and responsible for some works to Somerset House, also made some changes. The current owner, fascinated by the house’s history, has gathered much information from local archives, including some historical images.

The manor’s various extensions and remodels have left the house packed with rare original features, such as four-centred Tudor fireplaces, moulded beams and a Tudor foliate boss, and some early 17th-century panelling. In one of the original entrances, the owner removed some more contemporary plasterwork to reveal the house’s original wattle and daub construction, which is now protected by a glass panel. For more information, please see the History section.

A wide driveway with parking for numerous cars, including electric charging points, sits on one side of wrought-iron gates, which open onto the garden and a series of outbuildings. The Manor has three main entrances, and the formal entrance opens into a vast reception hall in the older part of the house.

The less formal entrance is on the south side of the manor. Constructed as part of the 1815 extension, it now houses three useful utility rooms serving the adjacent kitchen. The kitchen is composed of off-white cabinetry set against a granite worktop and has characterful terracotta tiles on the floor; original beams and iron hooks crown the room. From here, a door opens into a wide hall, which is also home to a downstairs WC and an area which could double-up as a study. The stone floors have a wonderful patina, developed over years of footfall.

In the oldest part of the house, thought to be 14th century, there is a room currently used as an office and an informal snug area. With lower ceiling heights, elm beams and mullioned windows, this is a cosier space.

A further series of rooms lead off the entrance hall. Firstly, the drawing room, which remains Georgian in style, with large sash windows framed by original shutters and narrow white-painted floorboards. Painted light blue, the room is wonderfully bright. A mantlepiece, dating from circa 1720, is found to one side. This room would have originally been the grand entrance, but in circa 1820, the front door was replaced by floor-to-ceiling sash windows in a bid to make the house more symmetrical, as was the fashion of the era.

Beyond is a wood-panelled family room with an ornate fireplace bearing the Victorian coat of arms dating from 1881. This, in turn, leads into the dining room, with a plethora of original features, from the Tudor beams, rose, fireplace and slightly later Jacobean panelling with decorative carved engaged ionic columns and dentils. This panelling reflects the candlelight and is a wonderfully atmospheric backdrop for celebrations and dinners, particularly in the winter. On the western end of the house, an extension built in 1937 houses another sitting room. It has large curved windows, a wall lined with bookshelves, and another warming fire.

Upstairs the house can be separated into two parts. Four bedrooms are in the 16th-century wing, one with soaring, vaulted ceilings and exposed beams. In another room – where Charles II is said to have stayed briefly – the 17th-century style prevails with red wallpaper, original dark wood panelling and matching floorboards. A second bedroom has similar panelling repurposed from other parts of the house and painted white. Two further rooms lie at the opposite side of the plan.

On the other side of the house are four bedrooms and three generous bathrooms. The second floor is home to loft space and two further guest bedrooms.

The gardens and grounds have been carefully landscaped and feel private and secluded. A path leads between two mature cypress trees giving the garden a Mediterranean feel. There is a sheltered paved area, perfect for outdoor dining.

A fantastic range of period brick and timber outbuildings can be found on the grounds, including a recently renovated barn converted into two separate one-bedroom annexes.

The house is located in the heart of the pretty village of Harlington, very close to the village green. Harlington has two traditional pubs, a doctors’ surgery, a newsagent, a post office and a general store with a café and a deli. The Chiltern Hills Area of Outstanding Natural Beauty is also nearby for great walks.

There are some brilliant state, private and grammar schools nearby, including in Milton Keynes, Bedford and Harpenden, and comprehensive shopping and recreational facilities. Other popular and historic towns within easy reach include Ampthill, Flitwick and Woburn.

Harlington train station is just 200 meters from the front door with direct trains to St Pancras in 44 minutes. There are also direct trains to Brighton. The M1 is approximately 1.6 miles away for those travelling by car, providing access to London and the north. Conveniently, Luton Airport is also just under 14 miles away.

In English Heritage’s listing, they ascribe the Manor to the 16th century, although it is highly likely that the house dates to the late 14th century and possibly even to an exact date of 1396. The proto-feminist, lady of letters and Wingate relation, Anna Letitia Barbauld, claimed in her memoirs that her uncle remembered a nameplate in the house bearing that date.

While the ground floor plan follows a traditionally 14th-century hall house configuration, the combination of flat-laid elm, trestle-sawn joists, evidence of a screens passage and the proximity to the church all strongly suggest an earlier, medieval construction date. The cellar would originally have been separate from the main house and probably pre-dates it too.

The Burwell Family owned the house until they emigrated to Virginia in the 17th century. It then passed, through marriage, to the Wingate family. Edmund Wingate, the owner, was a mathematician and tutor to Queen Henrietta Maria.

Famously, in November 1660, John Bunyan – the English divine – was interrogated by Sir Francis Wingate and was briefly imprisoned in the house. Bunyan was sent to Bedford prison, where, over the next 12 years, he wrote The Pilgrim’s Progress. It is thought that this house is the only building still standing at which Bunyan is known to have stayed.

Charles II is said to have stayed at the house briefly in the late 17th century, possibly to thank Sir Francis Wingate for his help in dealing with the potential sedition of John Bunyan, or, perhaps more probably, to attend the wedding of Sir Francis Wingate, to the daughter of the Earl of Anglesey. Certainly, Sir Francis was knighted around the time of the family’s marriage, a common reason for knighting.