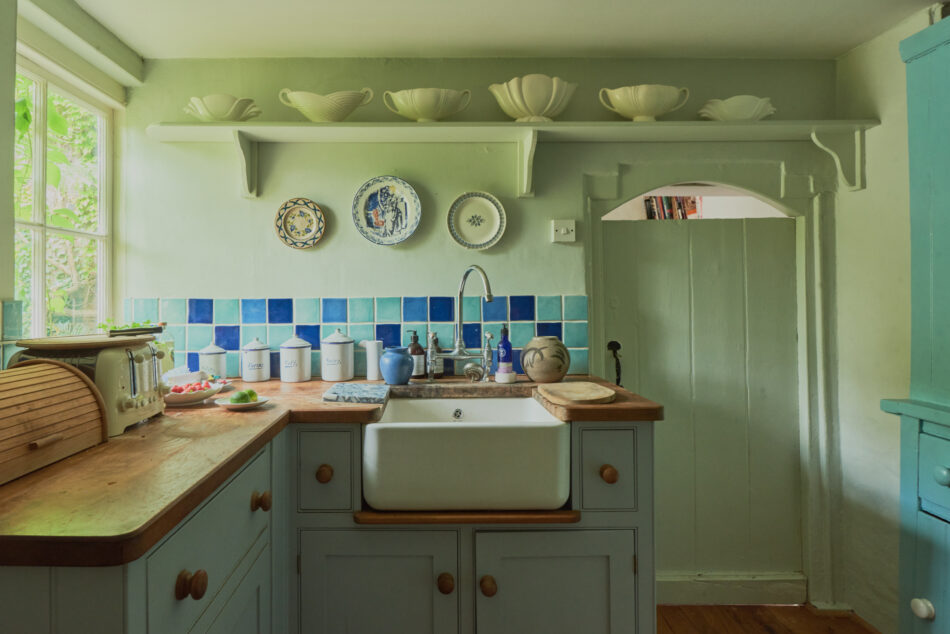 A former farmhouse with a fascinating history, a stone's throw from the Sussex coastline

This captivating, Grade II-listed, six-bedroom former farmhouse occupies a plot in the centre of Bexhill-on-Sea’s historic old town and conservation area. It was originally constructed as a tied cottage of the neighbouring manor house; built together, but as two separate dwellings, the house was later combined into a single home covering over 4,500 sq ft. Boswell House has been lovingly and painstakingly renovated under the current owners, who are well versed in the quirks and responsibility of historic home custodianship. It is one of the most architecturally handsome and historically significant homes remaining in Bexhill.

Boswell House was first built as a cottage tied to the local manor at an unknown date. However, historical references, coupled with the home’s architectural characteristics, indicate that the main fabric of the house was constructed in the 17th century and the principal façade altered to its current state circa 1780. The Manor of Bexhill, to which the house was tied, has a documented history extending over a millennium. Boswell House was combined into a single home at an unknown date by the Pocock family, whose ownership spanned several centuries, up to the 1990s. For more information, please see the History section below.

The large Shaker-style kitchen lies to the rear of the plan and can be accessed from either the dining room or hallway. Hardwood floors run underfoot and a large window overlooks the garden. A cornflower-blue Aga lies at the heart of the room, within a nook where an open fire would once have been. There is an adjoining pantry, with contrasting terracotta floor tiling. The  secondary drawing room at the back of the house, has double-height ceilings, a woodburning stove and roof lights that let in plenty of natural light. This room was formerly the sausage production room for Pocock butchers, which lay next door in Stamford House. Adjacent there is a wet room; well-placed to wash off the sand after a swim. Beneath the house there are also two generous cellars, currently used for storage.

The west end of the kitchen has a back staircase that leads to the first floor, where there are four large bedrooms – one of which is currently used as a library – and two bathrooms. The rooms are linked by a characterful hallway which is warmed by the hearths below, lined with seagrass carpet that runs underfoot throughout the upper floors.

The second floor is home to the main bedroom suite, which has a large dressing room and en suite bathroom featuring a large clawfoot, rolltop bath. The second of the bedrooms on this floor is currently used as a study. The third floor contains attic rooms, which are currently used as playrooms and storage space but could easily work as two further bedrooms or as another bedroom suite.

The mature walled garden has extensive planting including magnolia, lime, holly, bay and walnut. It extends roughly 120 ft and contains the former forge within. This is currently used as a potting shed but could be a small writer’s den or workshop.

Three parking spaces for the house lie next to the larger outbuilding, which would make for excellent secondary accommodation; a planning application has been successfully applied to alter the building into guest accommodation/a home office, however, these have since expired. Boswell House owns the freehold to the courtyard behind the house, with rights of access granted by the current owners to the cottages that abut the courtyard.

Boswell House is in a wonderful location, just minutes from the shingle and sand beach that lies just down the hill, perfect for swimming, paddle-boarding, sailing and fishing. The home is within walking distance of The Amsterdam shipwreck, which can be seen at low tides from the miles of Sussex coastline that frame Bexhill. One can even walk along the coastline to Hastings, enjoy lunch there and then catch the train back to Bexhill. The village is home to the De La Warr Pavilion, an iconic building and community hub that hosts music and comedy events, as well as fantastic art exhibitions.

Bexhill-on-Sea is equidistant between Rye and Lewes, both beautiful, characterful towns with plenty of amenities and events. It is a half-hour drive from the South Downs National Park and Glyndebourne Opera House.

The first reference to Bexhill was in 772, when King Offa of Mercia granted manors and land there to Oswald Bishop of Selsey, the Saxon predecessor of Chichester Cathedral. The Domesday Book entry shows that the Bishop of Chichester had been Lord in 1066. That same year, William I granted the Rape of Hastings, including the captured town of Bexhill, to Robert, Count of Eu, as a reward for his role in the Norman conquest. John, Count of Eu, Robert’s grandson, returned the manor to the bishops of Chichester in 1148.

Bexhill’s manor house was rebuilt in stone approximately 100 years later. Its ownership descended through the hands of the bishops of Chichester until 1559, when an act of parliament permitted the Crown to take the estates of vacant bishoprics in return for small rents. Chichester became vacant on the death of William Barlow in 1568, and two years later Queen Elizabeth granted the manor to Sir Thomas Sackville, Lord Buckhurst and eventually the first Earl of Dorset. The Sackvilles rarely used Bexhill as a home but rented it out to farmers, during which time Boswell House was constructed. During the 18th century, the manor house became a hunting lodge for the Dukes of Dorset.

The garden of Boswell House overlooks Bexhill’s (and one of the nation’s) oldest churches. Dedicated to St Peter, a small amount of the original Saxon church survives at the west end of the nave, as well as an 8th-century stone. The west tower was added to the church by the Normans and several alterations were made throughout the 13th century. The eastern part of the north aisle was once the chantry, founded in 1453 in pursuance of the will of Joan Brenchesle. In 1878, the church underwent a large-scale reconstruction, following the plans of William Butterfield.