Inspiration of the Week: a former laundry in London that’s scrubbed up beautifully

A clever conversion has seen this 18th-century building transformed into tremendous townhouses and apartments – one of which is now for sale. 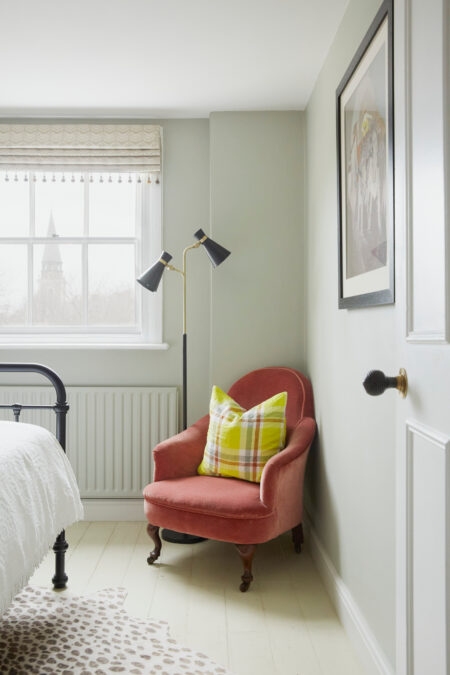 In the 1870s, London was in the steely, vice-like grip of the Industrial Revolution. Battersea – formerly a village filled with market gardens in the south-west of the city – had become a seething, smoggy nucleus of big private enterprise: amid a network of chugging trains were millwrights and makers of all description – factories for cigars and sweets, dye-works and pencil producers. And there were the laundries.

Capitalising on the district’s proximity to the Thames, freshly invented mechanised steam laundries – in increasingly fervent demand in this new and dirty urban landscape – began to pop up all over Battersea and, by the 1950s, they remained among the area’s dominant employers. One of them was on Westbridge Road, occupying a grand structure built 1725-50, which continued doing the bagwash for grubby Londoners until 1971. In more recent years, this beautiful building was awarded Grade II-listed status, before being remodelled as a series of elegant homes. And now, one of its apartments is on the market.

And while it’s been scrubbed of the perhaps more insalubrious indicators of its industrial past, the two-bedroom second-floor flat is still awash with handsome details: note in particular the original sash windows. Painted in classic calming Farrow & Ball creams to complement its period features, the entire flat is an enclave of peace and quiet and feels far from the hubbub, despite its being just moments from the buzz of Battersea Square.

That said, why should you want to leave? This exquisite apartment equipped for everything from sunny coffee mornings and quiet afternoons to jolly dinner parties whipped up in the marvellous marble-topped kitchen. And, best of all, it’s got a swimming pool, shared by residents, in the communal garden for sploshing about in during the summer – altogether better than doing laundry, whichever way you slice it.