Inspiration of the Week: the exquisite restoration of a remarkable piece of architectural history

In a special edition of our weekly feature, we speak to the current owners of Barnham Court about its magnificent return to glory 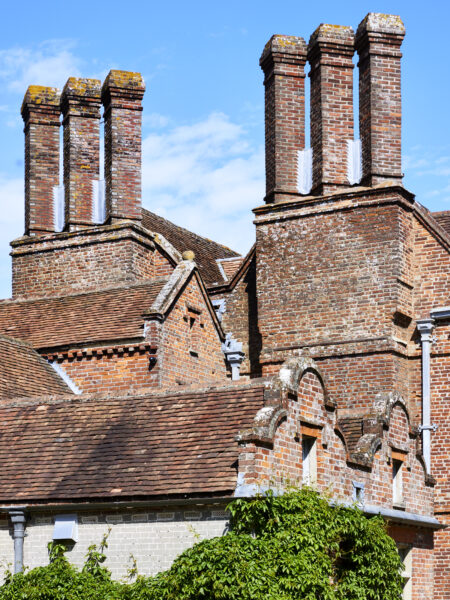 This week we take a trip to Barnham Court, a remarkable red-brick house near Chichester, in West Sussex. Built in 1631 for a successful merchant, it’s exceptionally beautiful – a Baroque masterpiece in the mannerist style, with a “precision and elegance” remarked upon by Pevsner when he made his tour of this corner of the country. It’s also for sale.

Approach the house and you’ll be struck by many things. The Dutch gables, for instance, rhythmic and stately, that mark out the verticals of the façade. The grandness of its pediments, pilasters and porch. The refinement of its formal gardens. Alone, each of these elements is impressive; together, the effect is jaw-dropping.

Inside, the story continues. Every room in this three-storey house is as sumptuous as it is sensitively decorated. Such splendour has, however, been hard won. The owners have coaxed the house into its current state over the course of a staggering 26 years. “Everything that could be,” says one half of the couple that own it, “was carefully dismantled, repaired and renovated and put back as it had been intended.”

Entire floors were removed and reinstated, the original roof beams were insulated and reinforced with hand-forged ironmongery, the roof was weatherproofed, the panelling reconditioned. All the guttering was replaced, meanwhile, proper mod-cons were introduced, from modern cabling to underfloor heating. The architectural philosophy of this complete restoration, which is rooted in research, is an admirable one: “It should be invisible, so the historic integrity of the original building materials was preserved.”

Having undertaken the restoration of various historic homes around the world, the owners are passionate that architectural icons like Barnham be liveable for the 21st century. This principle has guided their decoration decisions too. Referential to the past without being slavish, the rooms marry a sleek material palette (leather, warm wood, velvet and mirror) with well-chosen one-offs, ranging from antique rugs and bits of handsome mahogany furniture to the slick chrome of a modernist cantilevered chair. Such cosmopolitan variation is, says the owner, fitting for a house of this ilk: “Not far from London, this place was built very much as a pleasure house and not as an aristocratic landed base.” He couldn’t be more right, for Barnham Court is very pleasurable indeed.