Great Escapes: the best places to live in Suffolk

Inigo explores the sights and delights of the ancient county, a corner of the country we know and love – as our listings prove 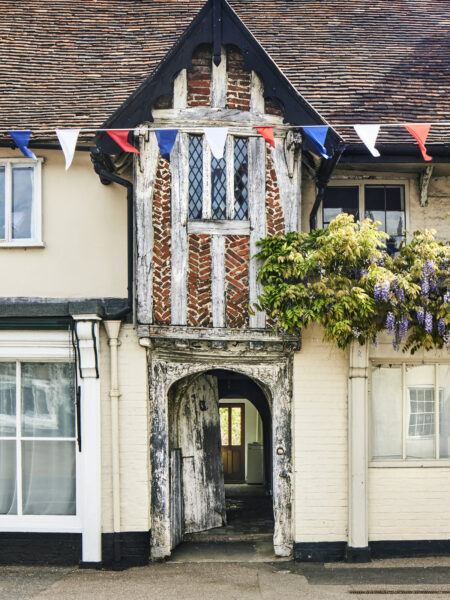 With 170 square miles of forests and heathland, Suffolk was designed for the wilder at heart. Those fortunate enough to find a home in its enchanting medieval villages and picturesque seaside towns seldom return to big-city living. If you were waking up with a bedroom view straight out of a painting by the locally born John Constable, would you? Here, we take a look at some of the places that have prompted so many to live the East Anglian dream.

Our first stop is Debenham, a village celebrated for its well-preserved vernacular and medieval architecture, where the spectacular Tudor House can be found –a recent Inigo listing. One of seven Grade II*-listed buildings in the local conservation area, this exquisite Wealden Hall home has a footprint of 3,000sq ft, spread over two magnificently preserved storeys. The west-facing timber-framed façade is adorned by a great wisteria and overlooks a charming ‘olde worlde’ high street, home to the finest of grocers, butchers, florists, pubs and cafés. Another highlight is the Grade I-listed 13th-century church of St Mary Magdalene.

Should you wish to venture further afield, residents of Debenham – not far from Alderton Cottage, which we sold recently – are spoilt for choice with nature reserves at Minsemere, and Redgrave and Lopham Fenns, as well as Suffolk’s glorious coastline of beach and heath. Meanwhile, if it’s history you’re after, Framlingham Castle and Sutton Hoo – the subject of the recent film The Dig – are nearby too.

To work in the city is to commute in the drizzle. So, if you’re rethinking your options, why not consider the driest county in the UK? Time to wash the taste of London out of your mouth with the refreshing tang of the North Sea. When the dog days of summer come to a close, Suffolk offers a landscape in which to rejuvenate.

Close to the mouth of the River Deben, nestled within the Suffolk Coast and Heath’s Area of Outstanding Beauty, is Alderton, where we recently sold Stanley House. Just two fields away (the proper unit of measurement) from the beach, this delightful three-bedroom workers’ cottage dates back to the 1870s and was recently renovated and extended. We’ve been wondering whether the new owners have converted the potting shed into a home office yet, or whether they’ve just been messing about in boats beside the waterfront Ramsholt Arms… We wouldn’t blame them.

And now to nearby Saxmundham, a town steeped in history. It was mentioned in the 1086 Doomsday book and its famous markets – now held on a Wednesday – date back as far as 1272, when Henry III proposed a Thursday market and an annual three-day fair to John de Rammeseye. Since then, the settlement has been an important stopping point on agricultural trade routes, meaning its transport links are superior to some of its neighbours – Ipswich is only half an hour away.

Saxmundham’s bustling atmosphere makes it a very agreeable place to live indeed – as the next owners of the Old Post Office, currently for sale, will no doubt learn. For the entrepreneurial artist, this home offers rare opportunity. Though it was constructed in the 19th century to serve as the local post office, its ground floor now functions as a gallery, with an expansive four-bedroom apartment above. There’s also a 3,000sq ft cellar. Largely intact, the house retains many of its original features, including the old shop lettering, corbelled details, exposed brick chimney breasts and stripped floorboards. The current owner also designed a versatile covered terrace, which begs to be occupied on a sunny afternoon.

And speaking of sunny afternoons, lovers of Benjamin Britten and/or the Aldeburgh Music Festival he co-founded in 1948, will be pleased to hear that a drive to the seaside town the composer called home takes only 15 minutes. Here, you’ll be greeted with the old fishing boats scattered along the soft shingle beach, a promenade lined with pastel-coloured villas, and many a place to enjoy a pint of prawns or an ice cream.

If proximity to Aldeburgh is a pull, consider Yoxford – a lovely village eight miles from the coastal town (and just four from Saxmundham). There’s much to recommend this delightful place – not least its two pubs, 16th-century church and its second-hand shopping opportunities; Yoxford Antiques Centre is home to a staggering 70 dealers. The historic town is also known for its annual brawn-eating competition, during which a Brawn Queen is crowned – though we imagine that might not be everyone’s cup of tea. What surely will be, however, is Darsham Road, a beautiful Grade II-listed timber-framed Suffolk farmhouse, rendered in glowing ochre, which is currently on the market. Built in c1592, the house has been revamped by the current owners but, excitingly, the outbuildings are being sold with planning permission for conversion.

If the opposite of the city is the countryside, then the antithesis of an urban flat is a Grade II-listed 16th-century timber-frame house – such as Norton Road, a red-brick beauty not far from Bury St Edmunds that we sold earlier this year. Founded in the wonderfully named hamlet Great Green, the former farmhouse was full of original details that had been delicately preserved with natural materials. It was further complemented by a well thought-out meadow-style flower garden, which gave way to 300 acres of wildlife reserve. In fact, this corner of the country is marvellously lush, being home to 50 nature reserves in total. It’s the perfect polychrome antidote to the shades of grey so many are accustomed to.

What’s life in the countryside without a room (or two) with a view? If sweeping vistas are your bag, head to Badingham, one of Suffolk’s highest villages, a recent Inigo listing that has proved very popular, perhaps due to its surprising architectural accents, which reference everything from the local vernacular to the buildings of pre-independence India. With a large veranda hugging the entire width of the building, it affords occupants sights of Suffolk in all its glory – a place we clearly approve of.