For the Library: eccentricity, exhibitionism and Englishmen – the creation of the country house

The Story of the Country House, Clive Aslet’s condensed history of grand domestic architecture, is light in tone, rich in detail and very, very readable 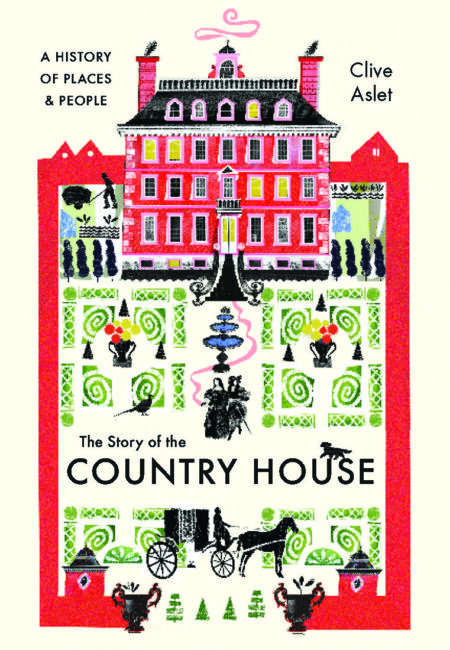 Ralph Allen was shrewd. In the first quarter of the 18th century, he made a fortune from the postal service in Bath. Money facilitated social mobility: Allen visited the gentleman-architect Lord Burlington in his new Palladian villa, Chiswick House. Burlington’s classical statues appalled Allen – he disdained their pagan nudity – but he recognised in his host’s architectural tour de force some wonderful innovations. Chiswick was among the influences on Prior Park, the house in Bath that Allen would later commission for himself from the architect John Wood the Elder. And in the landscaping of his park, Allen was also guided by the poet and sage Alexander Pope. Like so many country houses across the British Isles, Prior Park represents a cross-fertilisation of ideas in pursuit of an ideal described by Clive Aslet, in The Story of the Country House, as “the home as domestic theatre”.

Aslet’s survey frequently recalls the bright, lively style of earlier writing about domestic architecture – Robert Adam’s ceilings and furniture, for example, “coruscated with colour, shimmered with incident, glittered with gilding”. The book is subtitled “A history of places and people”: this is an account which accords due significance to the whims and foibles, extravagances and occasional parsimony of patrons, builders and owners.

Among the excesses of the Hon. Charles Hamilton, for example, who embarked on the creation of the gardens at Painshill in Surrey shortly after Allen began building Prior Park, were “plaster stalactites covered in wafers of shiny, sparkling quartz” that descended from the roof of a grotto. They required a gardener, hidden from view, to operate a mechanism that circulated dripping water to maximise this glittering spectacle. This was a later, effete variant on the taste for display and wonder that had often played its part in the shaping and furnishing of country houses. As Aslet explains of the prodigy houses of Elizabethan England and the houses built by early Stuart courtiers, “country houses had always been an extension of the power games and money grabbing of the court; display proved your creditworthiness and standing with the king”.

Aslet’s narrative contains nuts-and-bolts details – the first sash window, the emergence of the dining room and early conservatories – alongside buoyant commentary: Regency houses, he tells us, resemble “the French food of the era”; they are “delicious, spectacular and very rich”. Page after page, he avoids the whiff of snobbery or preciousness that too often mars books of this sort. The result is wonderfully readable.

The Story of the Country House, by Clive Aslet, is published by Yale University Press

Image captions, from top: Prior Park engraving © The Board of Trustees of the Science Museum; spread from The Story of the Country House; the hall at Burton Agnes © Dylan Thomas; Chatsworth, by Jan Siberechts © The Devonshire Collections, Chatsworth. Reproduced by permission of Chatsworth Settlement Trustees; Hardwick Hall © National Trust