Five Good Things: what to watch, visit, do and read this September

With shoes polished and hair combed, we’re back to school, kenning up on all the best things to keep you busy this month 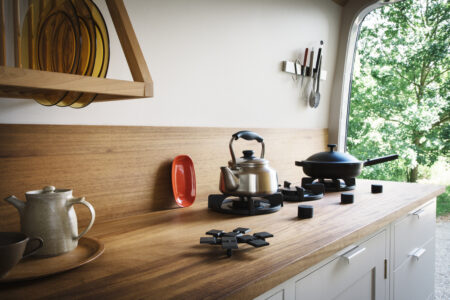 Anyone who’s given our Almanac even the most cursory of glances will know that exploring the homes of others is our raison d’être. A pry around the spaces of the great, the good and the stylish gives us not just a bountiful bucket-load of inspiration but provides us with insightful self-portraits of sorts – and with them a sense that we’re not all so different behind closed doors.

And so to Ellie Stathaki’s recent book, House London. Published by Frances Lincoln, this tome is a handsome and richly illustrated number – a sharp survey of 50 of the city’s snappiest interiors as conceived by designers and architects, including Eva Sonaike and Studio Fortnum.

Planting the book’s feet firmly in London, Ellie – architecture editor at Wallpaper* – writes eloquently on the ways in which the capital has shaped each of the spaces, while photographs by Anna Stathaki (The Guardian, The Observer, Wallpaper*, Living etc) brings these vicarious tours to life in lavish detail. Available from 6 September, this is a must for any armchair snooper. Click here for more details.

On the subject of interior decoration and what it says about us, we’re thrilled to hear the news of Atelier Ellis’ newest paint collection, ‘Waving and Smiling’, slated for release this month. Inspired by the idea that “colour is a conduit to help us tell our story of home”, the 12 breathable colours have been created to represent emotions, memories and connections, each with imaginative titles such as ‘Totara’, named for the tree revered by the Maori, and ‘All the Queen’s Horses’.

We can’t say we’re surprised by the poetic sentiments; last year we interviewed the company’s founder, Cassandra Ellis, about her home and the “grace and beauty” that guides everything she does. This new colour compendium is no exception. Visit Atelier Ellis’ website to purchase.

‘The Evolution of the Lebanese House’ talk, V&A, 16 September

On 4 August 2020, the face of Beirut changed forever when a large amount of ammonium nitrate, improperly stored in the Lebanese capital’s port, exploded with devastating consequences. As well as causing hundreds of deaths and thousands of injuries, Beirut’s very fabric was torn apart. Thousands of buildings were destroyed, leaving hundreds of thousands homeless.

Among them was a house being worked on by AKK, architect Annabel Karim Kassar’s Beiruti practice. In a video specially commissioned for the V&A, Kassar describes the moment the roof blew off while she was on site. The film is one of a selection being shown inside the Lebanese House, a new installation at the museum. This faithful reproduction of the ruined building incorporates its restored fragments and conserved materials, tiles, arched Ottoman windows and blasted-out doors. The result is devastatingly beautiful, huge and haunting – but not without hope.

Looking at the five-metre structure raises questions about the city’s architectural future – something that will be discussed at ‘The Evolution of the Lebanese House’, a talk led by the architect on 16 September. Kassar, along with an impressive panel, will look at the ways Beirut is being rebuilt, with an emphasis on restoration, community and craftsmanship. For tickets and further details, visit the V&A’s website.

The summer holidays may be over for most, but not British Standard. The kitchen company has spent the last few months on the road, having customised a van with a fully fitted British Standard kitchen in the back. Those who’ve thus far missed out, especially in the south-west, need not worry for The Roving Showroom – which offers free design consultations to customers – will continue to pop up this month. Next stop: Stow-on-the-Wold on 13-15 Sep. For details, visit British Standard’s website.

Keeping on the kitchen theme: Plain English (British Standard’s parent company) has been keeping us occupied with the first of its Joinery Jaunts video series. Recently, founder and Inigo Guild member Katie Fontana and design director Merlin Wright visited Uppark House, a National Trust beauty in the Sussex countryside. And while they were taken by the grand Repton landscaping and stately rooms, it was the downstairs service kitchen, or Still Room, that captured their – and our attention.

Follow in their footsteps as they open its drawers and creaking cupboards, discussing the inspiration such simple spaces have had on the Plain English’s ethos, by watching the video here.

The Joy of a Lifetime: the estate of Sir Jack and Lady Baer, Sworders, various dates

Paddles at the ready: Sworders, whose monthly interiors sales are a regular date in our diaries, is this September offering something even more special than usual.

Jack Baer, the late art dealer, is generally regarded as one of greatest of his generation. Jack and his wife, Diana, shared a passion for collecting, and their house in Kensington provided a rich backdrop for the treasures they amassed over the years. Now, Sworders have been charged with the sale of these exquisite chattels.

As well as contemporary ceramics and textiles, antiques and curios, there are fine pictures and folk art, 19th-century French drawings and Mary Fedden paintings. We’ve got our eye on countless gems, among them a Gwen John watercolour and a set of 17th-century animal-themed pietra dura panels inlaid with polished slices of semi-precious stones.

The first pieces will go under the hammer on 13-14 Sep (Fine Interiors), with further sales on 27 Sep (Old Master, British and European Art) and 4 Oct (Modern and Contemporary Art). For details, visit the Sworders website.