The future of many city libraries is uncertain but, thanks to All the Libraries in London, which indexes and celebrates these important institutions, they’re increasingly visible. Here, in honour of World Book Day, the project’s founders Simon Elvins and Ruth Beale make the case for some of the city’s most special examples 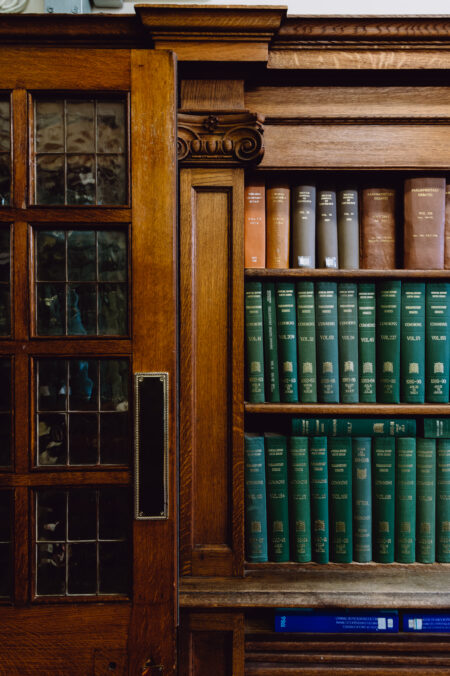 London has an astonishing 680 (and counting) publicly accessible libraries, from those groaning with Victorian grandeur to smaller community set-ups breathing new life into 1970s shopfronts. At All the Libraries in London, we tend and maintain a list of these libraries in the city, available as an online list, index book and upcoming reader. Our platform also features original work by the artists, designers, writers and poets we’ve invited to contribute responses to each library. It’s a creative project that supports these threatened resources and aims to stop the steady stream of closures we’ve seen in recent years. In the last decade, for instance, 120 of the city’s libraries have closed.

Fielding multiple pressures – austerity, transfer to online-only resources; COVID-19 restrictions – these public spaces are oases in the city, housing unique collections, and in some cases, distinct architectural and social histories. All the Libraries in London celebrates books and their manifold homes every day, but in honour of World Book Day on 3 March, we wanted to make an extra special case for these extra special places. To mark it, we’ve selected five of our favourite little-known libraries from across the capital that, in different ways, inspire awe, joy and creativity.

This year is Bethnal Green Library’s 100-year anniversary, yet its future is in jeopardy, with Tower Hamlets council threatening closure. A converted Victorian asylum, the building has a colourful past, including a direct hit at the start of the Blitz, after which the librarians helped turn Bethnal Green tube station into a bomb shelter. Today, locals love the library’s original classical interior, top-lit reading room, wood-panelled central desk and the plaster plaques that hang in homage to cultural heroes such as Karl Marx, Charles Darwin and Richard Wagner.

A hidden gem on busy Bishopsgate, set between the financial district and smart Spitalfields Market, the Bishopsgate Institute specialises in radical history, labour history and London history. Its subversive collections include community and LGBTQ+ archives, and books on subjects from colonial freedom movements to pacifism. The institute, which has offered adult education since 1894, is housed in a purpose-built Arts and Crafts building with wood panelling, tiled murals and stained-glass cupolas.

Little known to the general public, the dramatic domed dodecagonal reading room of the Maughan Library is the main research library of King’s College London. Tucked away behind Fleet Street, the 19th-century Grade II-listed building was formerly the home to the headquarters of the Public Record Office. It was converted in 2001 with renovations that revealed forgotten treasures, such as two rare painted zinc ceilings and a tessellated floor dating from 1901. The library has 1,250 spots for readers and holds 750,000 items – including 150,000 78rpm vinyl records donated by the BBC in 2001.

This Art Deco former ballroom hosts the largest French-language library in Britain, known as La Médiathèque. The architect, Patrice Bonnet, designed the library with shell-shaped lamps and pastel stained-glass windows, as well parquet flooring matching that in Versailles (he was the architect-conservateur of the palace from 1925 to 1940). Recently renovated, the library and reading room also serve as a venue for the institute’s cultural events.

A modest-looking local library from the outside, West Greenwich Library has a surprise up its sleeve. Three large domed cupolas – one in blue, one in purple, one in orange – pour light on to the children’s library, the lending library and the study spaces. Designed by Sir Alfred Brumwell Thomas in the baroque revival style, West Greenwich is one of 660 of the British libraries paid for by the industrialist and philanthropist Andrew Carnegie. Often built in classical styles, drawing a connection between libraries and lofty culture of antiquity – his intentions seem paternalistic and imperialistic to 21st-century eyes. But Carnegie’s built legacy, as in West Greenwich, continues to make an impact.